What you should know about common modifiers in cardiology billing
Read Time: 4.5 minutes
Oct 26, 2021 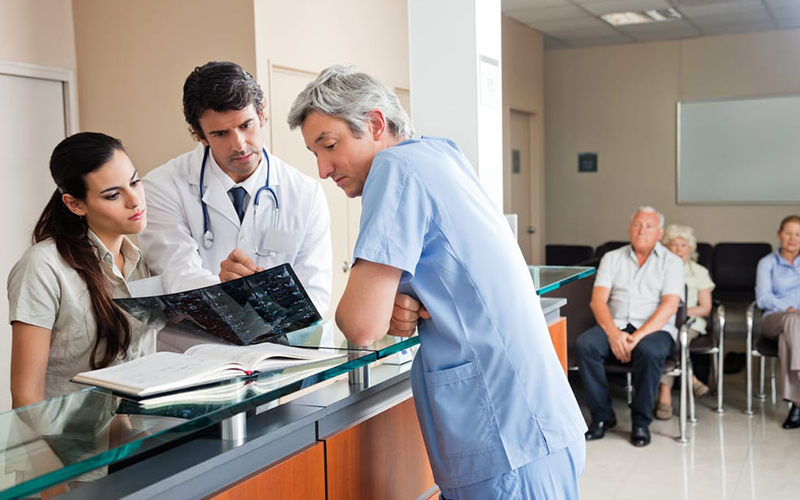 This article will cover some basic concepts related to modifier use, with an emphasis on how they are used in cardiology-specific applications. In addition to modifiers that are specific to cardiology, we will also review how some more general modifiers are used uniquely within the field.

As the name implies, modifiers are additional codes that are used in medical billing to add information to procedure codes, modifying their meaning. The variety of modifiers is one reason that they can be so confusing, with codes being used for everything from different sides of the body to the reasoning behind evaluations.

Misusing modifiers can carry heavy penalties and should be avoided at all costs. Although all coding and billing staff should be familiar with modifiers at a general level, you should always make sure that your staff is especially knowledgeable about the modifiers that your practice uses heavily.

There are many, many modifiers that each practice will use, but the following are most likely to be used by cardiologists.

Most medical specialties have a few modifiers that only they use, and for cardiology those are LAD, RCA, and LC. These stand for left anterior descending, right coronary artery, and left circumflex respectively.

This will vary depending on the procedure, and your team should understand which procedures have these codes available. For example, the CPT code 92995 refers to percutaneous transluminal coronary atherectomy. The relevant vessel modifier must be added to this code, after which 92996 will be used for each additional vessel, without the modifier present.

Although the modifiers themselves are simple — just use the one for the relevant vessel — the way that they fit into more complex coding situations can be a source of errors for the uninitiated.

Although they aren’t modifiers, cardiology billing also heavily relies on the unique structure of each additional vessel codes. As the name indicates, these codes are used when the same procedure is performed on more than one vessel. Rather than using the same code, you must use an additional vessel variation.

As an example, there are two codes used for Intravascular coronary flow reserve measurement. The initial procedure will use code +93571, while each additional vessel will use +93572. This structure is mirrored for many procedures, and is also used in reference to additional branches for stent placement.

Modifier 59 is used to note that certain services that are not usually bundled or performed together have been performed in the same visit. This modifier is very commonly used, but should only be used when no other modifier is appropriate. Because there are many other modifiers that describe relationships between procedures, it can sometimes seem like an easy fix to use modifier 59 indiscriminately.

This modifier can come into play in any discipline that relies on complex systems, procedures performed on multiple body parts as part of the same treatment plan, and extensive courses of testing. Although it is essential for all medical specialties, cardiological practices should make sure their billing department understands modifier 59 and its alternatives very well, so no billing errors creep in.

Modifier 91 is another modifier that has very general uses but can be misused easily. This modifier is supposed to be used when a service is repeated on the same day and during the same visit. However, it should not be used if the service is repeated due to bad samples, malfunctions, or other issues.

Instead, this modifier is used in situations where samples need to be taken repeatedly to monitor an ongoing reaction to treatment, or the same procedure is performed as part of a unique treatment plan that doesn’t have a specified code. Because there are many types of repetition-based codes out there, making sure to use modifier 91 properly can be tricky for inexperienced billers.

Modifier 25 specifies that a distinct evaluation and management service was performed on the same day as another. This has very general applications and is one of the modifiers that can be used in place of modifier 59 when services are rendered together.

This is common in a cardiological setting as testing and further action can often follow evaluations during the same visit, although both are billed distinctly. If a patient comes in for an office visit and is subsequently sent for some type of test administered by the same doctor, modifier 25 can be used to note the distinction.

This modifier is commonly misused for services that have a different type of relationship, such as postoperative care. This is one reason that understanding modifiers is so difficult; although the definition of the modifier seems to include postoperative care, other modifiers better encapsulate that situation and should be used instead.